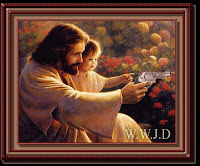 According to this NYT article, a church in Kentucky is having a "bring your gun to church" day, as a celebration of being American and having a 200+ year old antiquated right to carry a weapon. No really, that is what they are saying (well, minus the antiquated rights part - I added that myself). Viewing their webpage, you find this statement from the church/pastor/whomever:

"America was founded upon a deep-seated belief in God and the freedom to own and bear firearms without which this country would not be here today. We are not ashamed of this historical fact nor are we ashamed to proclaim it."

Now, I'm a Christ-follower. I attend a pretty awesome church. My kids just got back from mission trips to New Orleans and Galveston and made a small difference, but certainly more than I and many others have done. I appreciate what God has done for me, and accept that I still make mistakes, but He hasn't wiped me off this earth yet, so I still must be worth while.

What gets me is the statement "...to own and bear firearms without which this country would not be here today". I don't think they really understand the purpose of firearms back at that time, and the reason it is in the Constitution. See, when English settlers came to the land we know call the United States of America, there were some people already living on many parts of the land. Let's call them "native Americans", but they went by many different names: Sioux, Cherokee, Potowatomi, Navajo, Apache, Ojibwa....you get the idea. Well, the settlers really liked this land, and wanted more of it. You could ask, but I guess asking wasn't enough, or the tribes didn't give it away fast enough, or maybe the settlers liked certain property that was sacred. Whatever reason, they used their guns against the Indian tribes to take the land by force. If you have many, many years of quiet existence on the green earth, only to have these fair skinned folks come and murder innocent people to take away what you have respectfully resided on, I'm guessing you get angry. So the tribes fought back. The right to bear arms is in the Constitution to "protect" the people from the original land owners who were pretty (and rightfully) pissed off over their treatment and theft of their land. This country was founded on the inhuman treated of others at the end of a loaded barrel (it was also founded on the backs of African slaves, but that's for another post).

So to celebrate the heritage of this country when it's creation was based on the brutal murder of thousands of native Indian residents is not a very "Jesus" thing, if you ask me. I'm thinking Jesus was pretty upset and saddened at how the US came to be.

Happy birthday Donald Duck. Now that you are 75, you can be just as cranky and excitable, and people will think it's cuz you're a crazy ol' coot.

Still dumb after all those years 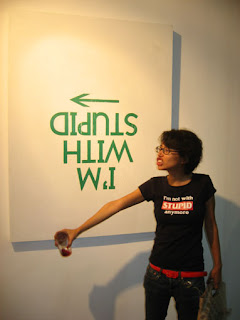 I wish I could find an actual picture of the person in the post: Janine Suguwara. Would love to see just what she looks like, or maybe see how she lives, her likes and dislikes, the car she drives... something. Maybe a peek into her life would help me understand this, cuz frankly, just reading it makes me fear for the future of the world. Not the United States.... THE WORLD!

If you don't want to click the link, let me sum up in one quick sentence: Janine was suing Pepsico because she felt the company was deliberately deceiving consumers because the crunchberries in Cap't Crunch were not real berries.

You see the front of the box and think "ok, it's a REALLY huge stretch, but I guess someone with an IQ below a lemming could believe that. But after tasting it, for sure you would know they are not real fruit, right??? It took Janine 4 years to figure it out. F-O-U-R. She could have had her first bowl of Crunchberries while watching George H. W. Bush give his acceptance speech, continued to enjoy the cruchiness throughout 1000 points of light, nominations of Thomas and Stouter to the Supreme Court, the passing of NAFTA and even used it as comfort food during the first Gulf War with no questions about the harvesting of the "berries" from the "crunch" trees (I think it's a market 2nd only to oranges in Florida). Then, when William Jefferson Clinton spoke about being bold to renew America, Janine must have felt a twinge of wonder and determined it was not a wholesome fruity goodness passing her lips, but some cereal concoction traveling down her throat. So, of course, she sued.

Best part about the case being dismissed? Ms. Sugawara actually admitted that "close inspection of the box reveals that Crunchberries are not really berries". Janine, do you NOT set the box in front of you and read it when you eat cereal? You have to do the maze on the back, or find all the hidden crunchberries in the pirate ship drawing.

If someone can find this woman, I would love to meet her. 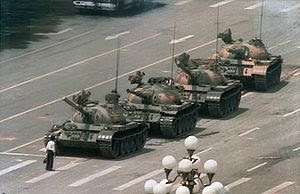 Tomorrow is the 20th anniversary of the student uprising in China - an event that featured probably one of the top 10 most iconic photos ever taken in the history of the still picture. There exists 4 different pics of that event, but recently, a 5th has shown up. And I think it may trump the others in the story behind the story.

The picture shows "Tank Man" (no one has really confirmed his name or even his fate) a few moments before he marched up to the tank column and stood his ground. It was snapped by Terril Jones, and he didn't even know the pic he had until weeks later. And just now, it is being published: 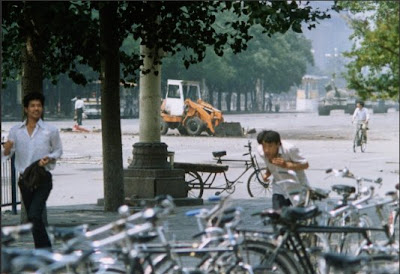 The sheer chaos of just what was happening is in the pic. A couple people running, one ducking for cover from the possible sound and/or fire of weapons. Another on a bike racing away from the oncoming tanks. And there, to the left, is Tank Man, marching defiantly towards the metal beasts, determined to make a difference.

You can read more about Terril's pic here. And bless you Tank Man, wherever you are. 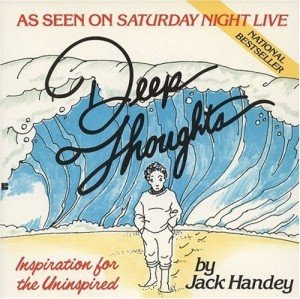 This past weekend, my wife decided to cash in her Christmas gift from me - a gift certificate to Blick's. She's all artsy-fartsy and all that. Just like he friend Debi. Anyhow, as she perused the store, I roamed around and a rack of cards/magnets caught my eye. On them were pithy or deep quotes, some attributed to famous people and others from Anonymous. Man - that dude has said a LOT of wacky stuff thru the year. And he lives for like e-v-e-r! I found a few really interesting; maybe you will as well:

"How old would you be is you didn't know how old you are?"

"everything will be okay in the end. if it's not okay, it's not the end."

And my personal favorite, attributed to Sir Winston Churchill: