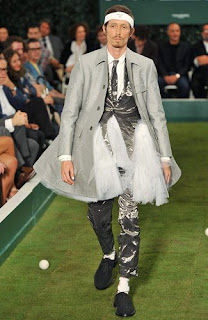 I don't think I am much of a man. When I see all the things guys do/like/have/want, maybe I am male by gender and physical build only, and just not a dude in the sense of.....a dude. Think about it:

I don't own a pickup truck. And I have no desire to ever own one. I like my car. It gets me from point A to B. I have made zero attempts to genderize it, so you'll never see a set of these hanging from the back bumper. I don't cover it with NRA stickers, or bikini inspector stickers, or anything that relates to the Bears. Hell, I am not a big football fan. Sure, I'll watch it, but I don't schedule my life around the thing. I can't recall the last Super Bowl I watched from kickoff to trophy presentation. My life is also not scheduled around the SI swimsuit issue or the Victoria's Secret fashion show. I don't like to hunt. Oh - I love me some meat. I'm just glad I don't need to kill it myself. The same with fishing. Sitting in a boat tricking sea kittens is not a good day out for me. But tasting them is.

I wonder if there is a checklist I can find to verify how "guy" I am...

In the GOP response to the State Of The Union address last night, there were a lot of lies....er... gems. I think this was one of my favorites:

Visit msnbc.com for breaking news, world news, and news about the economy

Only in the mind of people that are hugely funded by the insurance industry can being 37th mean you are the best in the world. GO USA!!!

I must be missing something... 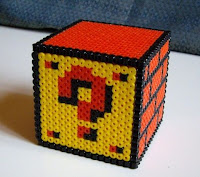 I was nuking my food and couldn't help but see the issue of a magazine called Fast Company with face of Ashton Kutcher on the cover. Reading the article, it talks about Mr. Kutcher being the new face of this media movement of the future.

Ok, for starters - Kutcher sucks. I mean, really - as an actor, he blows. He had one big "hit", that being a dumbass on a lame television show. Movie-wise, all the flicks have tanked. So his talent is limited at best, and frankly, crap for crap. Punk'd? Com'on - a), be original and b) be funny. All that really put him on the map in the first place was being the biggest cougar bait score in Hollywood. Now, you can't get the hell away from him. Yet - think about it. After "The 70's Show", name something besides a commercial he has appeared in. You can't, cuz all you ever see him in are commercials.

And that's just it - Kutcher has done nothing but whore himself out to corporate America. He started with a desperate plea to be followed on Twitter (uh - no) and now, all his forays into any type of production have a corporate sponsor footing the bill (and filling the Hot Pockets on his no-talent pants). From Nestle to Pepsi to Kellogg's to Nikon and beyond, somehow AK is all the rage. And I just don't get it.

Personally, I don't Twitter. I don't Facebook. Any people I want to be in contact with I have email addresses and phone numbers. Why would I want to waste my time with crap that is really nothing more than another way to be lead like lemmings into more financial cliff dives off Mt. Big Business? I guess Kutcher has that figured out, and he rakes in more and more cash doing.... well....nothing. And the drones that follow him buy into his drivel and mindlessly distribute their money for unnecessary goods. Is it that we have not learned, or do we lack the ability to learn.

I guess Kutcher is a genius in this aspect. God help us all.

I keep missing a day close to him, so the heck with it - let's just honor the man today. Victor Borge would be just over 101 today. And with the current economy, this is pretty relevant.

Man - what a life he lived.