American Express wants to help you in this time of economic trouble. If you are currently an AmEx customer, they are going to give you a chance to get a cash bonus of $300 to assist you in these troubled. Just watch your mailbox for a special letter containing your super secret code to qualify for this special plan. Then, visit this website, enter your code and you qualify for a prepaid AmEx card loaded with $300 real American dollars to spend as you choose. Not a loan, not a credit extension - 300 bucks cash.

Yeah...one small hitch. If you take advantage of this offer, you cancel your card with American Express. Yup. No lie. AmEx is paying current card holding $300 to STOP being a card holder and leave their company. Basically, they don't want your business anymore. They call it "simplifying your finances". I call it "you are a risk - get the hell away from us". And the other catch is that to get the greenbacks, you need to pay off your entire balance over the next 60 days. If you are still carrying a balance on April 1st (how appropriate it that day for this offer), you get no money. And you have no American Express card either.

This is kind of like the Discover Card deal about helping us be smarter spenders. But not really. All these years the companies have told us it's okay to be excessive. And now it comes back to bite them in the butt. 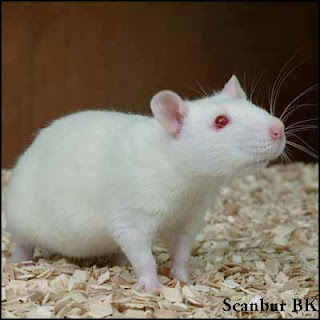 Since I totally blew last week, and yesterday for that matter, let's put up two great versions of the same song. First we have Gladys Knight and the Pips, followed by Marvin Gaye, doing their respective versions of "I Heard It Through the Grapevine". Gladys sounds like a woman scorned while Marvin sings his version with much pain in his heart.

Interestingly, these are versions 3 and 4 of this song. The original version that was released is by the great Smokey Robinson and The Miracles. And YouTube epic fails when trying to find it. :( So I'll give you this Miracles classic instead. Version 2 was done by the Isley Brothers, though never released. What a shame. 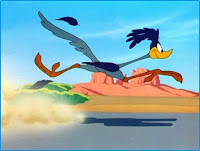 Could someone please explain the whole "backing into a parking spot" deal? Am I missing something? There must be some kind of benefit for the .02% of people that back in that the rest of us fail to receive. Right?

Are you embarrassed by the back or your car? Is it that ugly? Granted, mine is pretty ugly from behind, but that's because someone hit the rear and the bumper shattered (yes, shattered. Cold + plastic = shatter). I'm okay with it, though.

Is there some advantage to pulling out of your parking spot and driving forward immediately as opposed to backing out and shifting into drive? I've never timed it, but I'm pretty sure I can back out of my spot and be traveling in a forward direction, towards my destination in about 5 seconds. When you factor in the time I take to get into my spot at 1 or 2 seconds, and you take 20 to back in, I'm pretty confident I am ahead of your game by about 10 ticks.

And what's with that look you give us? You were the one driving by the open spot. How about equiping your vehicle with some kind of signaling device so we know you are going to be an annoying jerk and plan to back into that spot you half drove past? It would really help me to try and fathom your thought process.

And lastly - don't ever....EVER back into a spot when the lanes are diagonal and there is only one way the lane goes. Cuz we all know the only way to pull out is to drive against the flow. And that dirty look you give cuz I am following the rules and you are not just proves you're an ass.

You know that what is really sounds like when his web shoots out.