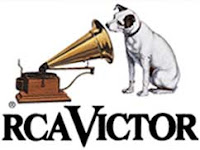 I love music. Not just in the car, but when doing chores, on the computer - anywhere. I sit at my desk during lunch and shuffle my mp3s while I eat.

That being said - I have no idea why I have some of the songs I have. Don't recall if I downloaded some as a goof, if I really like the song, if I was drunk.....what. I just know that, on occasion, some pretty weird crap will come in the play list. Examples, you say? Ok - check out this little section that hit my ears today:

"Jingle Balls" by The Singing Dogs
"Don't Let Me Down" by The Godfathers
"Special" by Garbage
"Holly Jolly Christmas" by Burl Ives
"Stars" by Switchfoot
"Only Wanna Be With You" by Hootie & The Blowfish
"Can't Take My Eyes Off You" by The Four Seasons
"Killer Queen" by Queen
"The Night Chicago Died" by Paper Lace
"Home" by Barenaked Ladies
"Sex Bomb (Death Metal version)" by Ten Masked Men
"The Remedy" by Jason Mraz
"Message Of Love" by The Pretenders
"Grandma Got Run Over By A Reindeer" by Elmo & Patsy
"Something So Strong" by Crowded House
"Run Rudolph Run" by Bryan Adams
"O, For A Thousand Tongues To Sing" by David Crowder Band
"Apple Tree" by Wolfmother
"Generals and Majors" by XTC
"(The Legend Of) Johnny Kool" by Brian Setzer Orchestra
"The Click" by Good Charlotte
"Without Love (There Is Nothing)" by Tom Jones
"Lunch Lady Land" by Adam Sandler

Now, I have no idea why Musicmatch went all Christmassy in that section, but man....how weird are some of those songs? I am either super eclectic, or a total dweeb. If you want a PDF of my library, just ask. You are welcome to anything in it. Then you too can be confused.