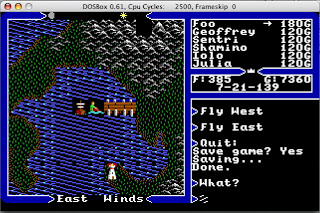 So I was messing around with my layout yesterday. I'll be honest - I am not a huge fan of this template. Kinda boring. So I was hunting around for other templates, found one that was decent and was trying it out, but I'll need to tweak it some to make it work, and I really don't know if I want to deal with that. But in the process of uploading the new, and then going back my original layout, I realized this template is designed to be view on a monitor with the resolution set at 800x600. And that made me think - who really uses that setting anymore? For those of you reading this (all 3 of you - thanks!), for fun, flip your resolution back to 800x600 and enjoy the hugeness that is the My Computer, My Documents and Recycle Bin icons. Hurts, huh?

I guess my thought is this: let's force 800x600 out. Think about all the other items that were forced out in the world: leaded gas, DDT (not DDP), dietary ephedrine, Chinese toys, and real Jingles! If we can get rid of 800x600, then our page width will no longer be hampered by the resolution of the viewer's monitor. RISE UP AND REVOLT!