A is for America 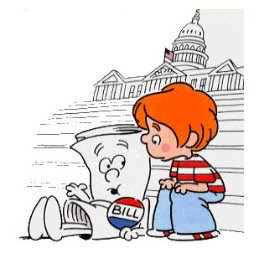 Where I live, they are building new schools left and right. While I have watched the farm land turn into housing year after year, there is still a lot of land left to develop, so I am sure the school construction will continue.

Now, I am all for that. I mean, I have two kids and they need to be ed-jah-ma-cated. I am having a had time grasping where the school board comes up with the names for the schools. They started out pretty normal, named after the land area (Grand Prairie, Meadow View) or just location in regard to the high schools (Central, North, South, East). Then they moved to people. Your standard famous like JFK and Jefferson and a couple local folk. Then they did something that, at the time may have made sense, but now, I think is a little silly. In the drive for patriotism (which I am all for), they named a couple schools Freedom and Liberty. Great words, mind you. But certainly not school names, in my opinion. They have been open a year, and still no mascot name. There is already a Eagle mascot. What else could either of those use? The Freedom Uncle Sams? Liberty Bells? Yeah - that nickname won't get the male student's butts wiped...

I hope they go back to the people names. Not saying I want a school named after me. Bad idea, if you ask me. Geez, I can only guess what that mascot might be.....

"Ladies and gentlemen, I give you your 2014 Wilk Elementary basketball team - the Fightin' Dorkwads!"